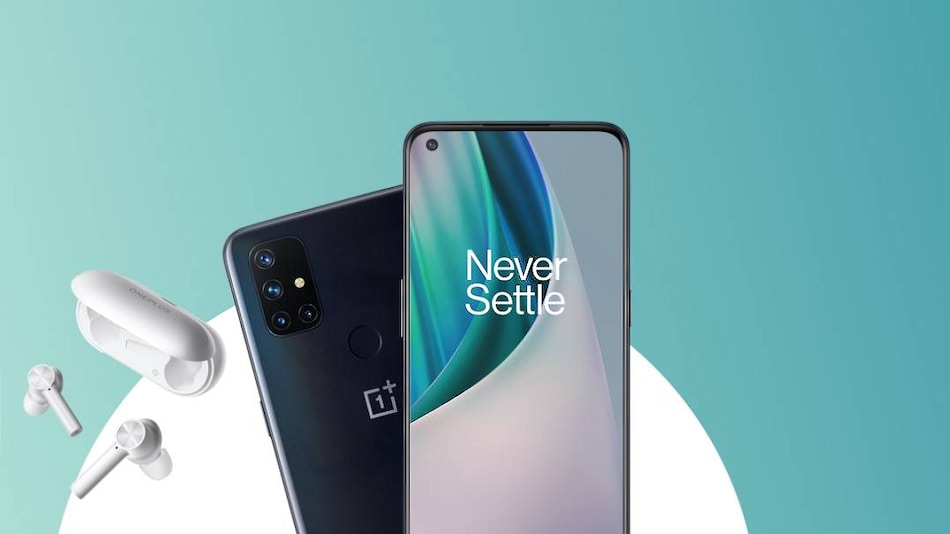 OnePlus Nord N10 5G will come with a free pair of the OnePlus Buds Z, when ordered from the website

OnePlus made the announcement on the North American availability with a short video via a tweet.

OnePlus Nord N10 5G is priced at $299.99 (roughly Rs. 21,900) for the lone 6GB + 128GB storage variant. It is available in a Midnight Ice colour option. It can be purchased from the OnePlus US website, that states that the phone will be available to order in two days. Upon ordering OnePlus Nord N10 5G, customers will get a free pair of the OnePlus Buds Z earbuds in white.

OnePlus Nord N100, meanwhile is priced at $179.99 (roughly Rs. 13,200). It is offered in a 4GB + 64GB storage configuration in Midnight Frost colour option and can be purchased from the OnePlus US website. While it will be available January 15 onwards, you can pre-order the smartphone from the site in two days. With the OnePlus Nord N100, users will get a complimentary pair of the OnePlus Bullets Wireless Z earbuds in black.

On signing up for Early Access, you get 10 percent off on the OnePlus Nord series between January 5 and January 15, as per the OnePlus US website.

OnePlus Nord N10 5G runs on Android-based OxygenOS 10.5. It features a 6.49-inch full-HD+ display with 90Hz refresh rate. The phone is powered by an octa-core Qualcomm Snapdragon 690 5G SoC, coupled with 6GB of RAM. It has 128GB of onboard storage that is expandable via microSD card (up to 512GB).

For photography, OnePlus Nord N10 5G has a quad rear camera setup featuring a 64-megapixel primary sensor. It also has a secondary sensor with a 119-degree ultra-wide lens and dedicated macro, as well as monochrome shooters. At the front, the smartphone has a 16-megapixel selfie shooter.

OnePlus Nord N100 runs on OxygenOS 10.5. It features a 6.52-inch HD+ display with 60Hz refresh rate. It is powered by an octa-core Qualcomm Snapdragon 460 SoC, paired with 4GB of RAM. It has 64GB of onboard storage that is expandable via microSD card.

For photos and videos, OnePlus Nord N100 has a triple rear camera setup that houses a 13-megapixel primary sensor, along with a bokeh lens and a macro shooter. For selfies and video calls, it has an 8-megapixel camera sensor at the front.