Online games are one of the best modes of entertainment these days. Not only do they entertain you, but some of them provide an impeccable range of benefits. Additionally, the evolution of digital technology has paved the way to access traditional games in its virtual form. 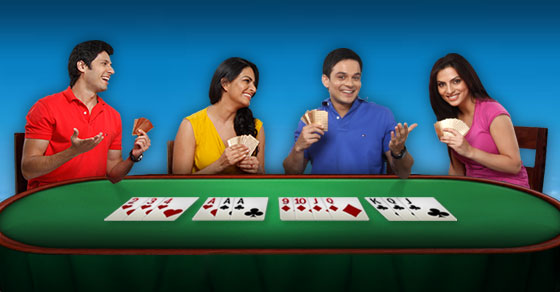 Card games have always been one of the best ways of entertainment available. Games like Rummy, Teen Patti, and SattePeSatta are incredibly popular among the Indian household, being played during household gatherings or festivals. In fact, they have always played a major role in bridging the generation gap. With the infusion of technology, most of the card games are now available online. Online rummy and online poker have become a household name over the years. And have also earned a reputation of being a money spinner.

Especially Rummy, being one of the fast-growing card games in India is incredibly popular among the youngsters and continues to remain as the most preferred card game. In fact, a lot of people are pursuing rummy gaming professionally as a career rather than considering it as a mere hobby as rummy rules are quite simple compared to other card games where the rules are complex. Within a short span after digitalization, the game has made a name for itself with rapid growth and promising payoffs.Earlier, there was a stigma around rummy which is now off, thanks to the Supreme Court verdict in announcing rummy as a skill game. Now the game is looked upon a skill game than as a game that is based on luck. Apart from money which continues to be the driving factor, there are plenty of positives you can take from rummy, with the game being good for our body, mind, and soul.

Playing Rummy is good for your mind. Many people think that rummy is a game where the outcome relies more on chance than strategy. However, that’s not true. It’s a game that requires sharp intellect, good memory and solid decision skills. It keeps our mind active as you have to observe your opponents’ gameplay and base your strategies on it.

You have to constantly look out for opportunities to create melds. This way you are made to think of various possibilities to meet your objective. This skill is particularly useful in your real life when you are burdened with a problem. You do not give up easily; rather you think of various possibilities to solve the problem. You tend to analyze a problem logically than emotionally.

The rummy game needs your full concentration and undivided attention. Only when you focus completely on the game, you will be able to make note of your opponents’ moves and plan your strategies accordingly. Whether you are playing with a circle of friends or playing with a rummy mobile app, the game needs your utmost attention. As the game warrants your complete attention, you become more wary and perceptive of the actions of people around you and this quality helps you in your real life as well. Even while playing in a virtual setting is cognitively engaging. Despite the lack of social interaction, the game through its need for focus, keeps you occupied and increases your creativity.

Rummy makes you more goal-oriented.  As you play your way towards meeting the objective which is to group the 13 cards into proper sets & sequences, you become heavily goal oriented. You learn to streamline your thoughts and divert it towards a constructive objective. You learn to think objectively rather than acting on prejudice or superstitions. Since you know the consequences of your actions, you do not take decisions at the drop of a hat; you rather analyze various possibilities and pick the best. Rash and impulsive actions/decisions will become lesser and lesser in your real life as you begin to gain expertise in rummy.

The rummy game makes you more stoic. As we know, rummy is a game of wins and losses. Rummy pros aren’t deterred by losses; rather theylearn from their losses and ensure they don’t repeat the same mistakes. Doesn’t life give us its shares of ups and down? After all, who gets the going easy? Once we learn to be undeterred by losses and remain stoic, we can function at our best. And playing rummy gets you one step closer to that.

Playing online rummy makes you more determined. The game instills a sense of will to succeed which comes with you in all your future endeavors. It makes you more focused, smarter and sharper.

Players those who spend a considerable amount of time playing rummy are only going to reap those benefits. It is a game which can be enjoyed only when you follow the rummy rules and deploy strategies. Do not expect to acquire these skills overnight. Keep digging in, your efforts would bear fruit soon. Until next time… Keep playing!