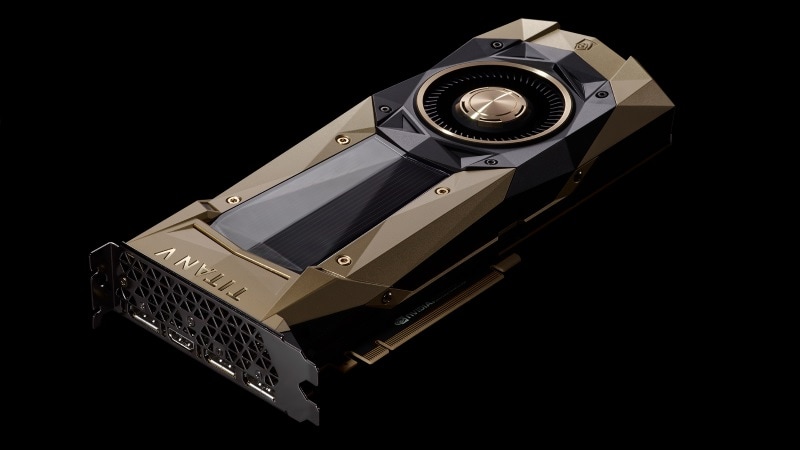 In December 2017, Nvidia released the Titan V GPU. Primarily targeting use cases such as machine learning, big data analysis, and artificial intelligence development. It turns out that the Titan V has other applications too. According to a recent report, the Titan V can run Battlefield V with ray tracing despite not having any RT cores. An interesting development considering 2018 saw Nvidia release its RTX line-up of GPUs that feature RT cores, necessary for real-time ray tracing. Plus the Titan V is based on Volta architectures versus the Nvidia GeForce RTX’s newer Turing architecture.

3dcenter tested (via Segment Next) Battlefield V on the Nvidia Titan V with real-time ray tracing enabled. Not only does it claim that ray tracing worked on the $2999 GPU, but it held its own versus the Titan RTX being able to run Battlefield V at 1440p with the Ultra visual preset at around 80fps in most cases. Performance dropped to 56fps on the Rotterdam map.

It’s impressive to see the Nvidia Titan V trade blows with newer hardware. Speaking of which, if leaks are to be believed, Nvidia will reveal the its midrange GeForce RTX 2060 GPUs at CES 2019. A reviewers guide for the GPU has been discovered, detailing its specifications, features, and performance targets. Much like the high-end GeForce RTX 2070, 2080, and 2080 Ti, it should be based on the Turing architecture.

Furthermore, the company could also launch a GeForce GTX 11xx series of GPUs that won’t have RTX cores and features as well in addition to mobile versions of GeForce RTX GPUs as well.