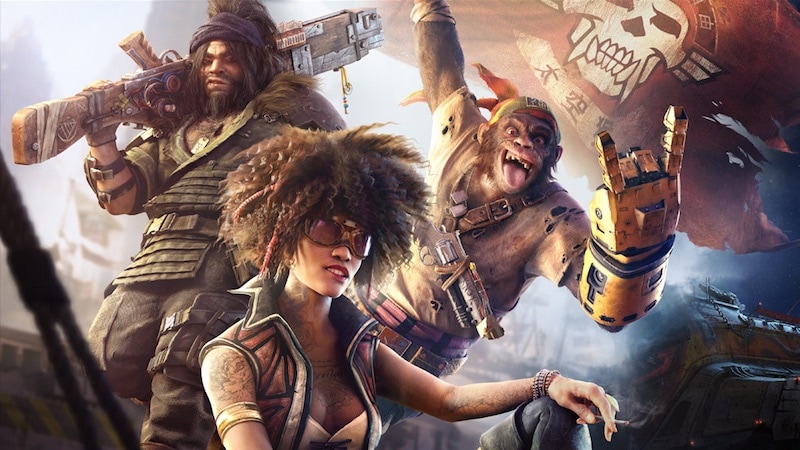 Ubisoft’s upcoming action-adventure game Beyond Good and Evil 2 won’t work without an Internet connection. It’s an odd decision considering the first game would work just fine without one. Beyond Good and Evil 2’s mandatory Internet requirement was buried within a Q&A posted on the game’s official website following the game’s latest livestream. It also gives more details on what to expect from Beyond Good and Evil 2 when it hits. For most part it sounds like Ubisoft’s take on Destiny, which, depending on your point of view could be excellent or extremely disappointing.

“Beyond Good and Evil 2 is an online, multiplayer game with a rich co-op and seamless experience,” the post reads. “As such, the game will only be playable with an Internet connection in order to have seamless navigation, receive dynamic updates, and play with friends (which is certainly better when you’re playing as a Space Pirate!). The choice to play co-op, however, remains yours to make, so playing BGE2 solo is absolutely possible if you’re into that lone Space Pirate kinda thing…”

This is at odds with a past developer update regarding the game from December 7, 2017 wherein Beyond Good and Evil 2’s Director Michel Ancel initially revealed that Beyond Good and Evil 2 would be playable offline and that its online component wouldn’t overshadow the rest of the experience, rather it would complement a story that could be told offline.

“It’s very important to say that you can play offline if you want,” said Ancel at the time. “You will be able to have this feeling of living this story with characters and places, that’s the basic thing. We want to invite people to play with friends on top of that.”

Although Ubisoft doesn’t have a Beyond Good and Evil 2 release date or platforms yet, we wonder what changed within a year for the team to decide against offline play. Perhaps the company is using Beyond Good and Evil 2 as a litmus test to see if gamers are willing to take all Ubisoft games online, effectively killing any hope of a singular, contained experience. Dangerous when you consider Internet connectivity isn’t as reliable as Ubisoft believes.