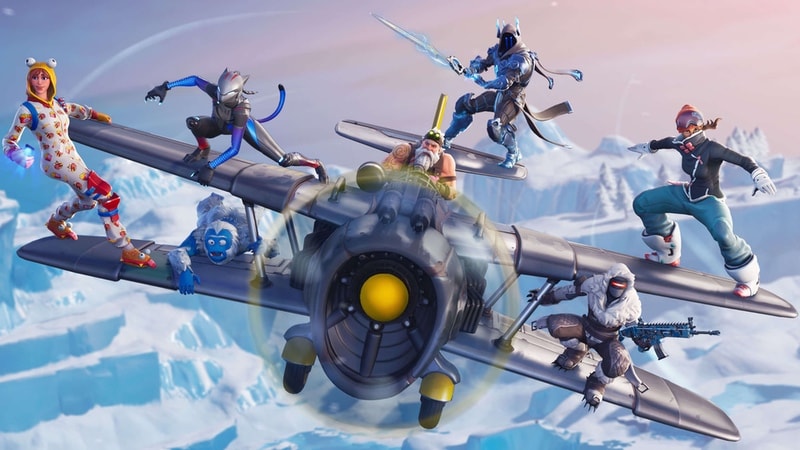 Epic Games has removed the Infinity Blade weapon from Fortnite Battle Royale. The company said the Infinity Blade was “overpowered” and that it doesn’t have any good countermeasures to defend against it, which is why it’s been removed from Fortnite. At the moment Fortnite is one of the most popular games in the world. It’s a battle royale game where up to 100 players are paradropped on a map and the last person standing wins. Fortnite, unlike PUBG and PUBG Mobile, encourages players to build structures in the game.

Infinity Blade in Fortnite was introduced as part of the 7.01 update, and the company announced on Reddit that it would be getting rid of it. This weapon appeared only once per match but anyone who got their hands on it became overpowered instantly. This is because the Infinity Blade in Fortnite could destroy structures in one blow and deal 75 damage to players with a single hit. Even nearby players would get dealt 25 damage.

These elements combined to make it so powerful that the game became unbalanced. There was no counter-weapon to defend against the Infinity Blade in Fortnite. This led to horribly unbalanced matches and this Epic Games’ statement: “Heya folks, we messed up and rolled out the Infinity Blade overpowered / without good counters, especially in the end game. The Infinity Blade has been Vaulted and we are re-evaluating our approach to Mythic items. Thanks for calling us out on this!”

It’s good to see Epic Games owning up to its mistake in Fortnite and re-evaluating its approach to Mythic weapons for better in-game balance. At the moment Fortnite is Epic’s primary cash cow and it’s so popular that the company has decided to dedicate almost all of its resources towards developing this game.

This is the reason why the Infinity Blade games were removed from the iOS App Store, a move that has upset quite a few people. Epic Games’ Fortnite is not available on Google Play but via its own app store for Android. The company has recently launched the Epic Game Store on PC, and has been wooing developers to its platform by offering a better revenue split than its biggest rival — Steam.