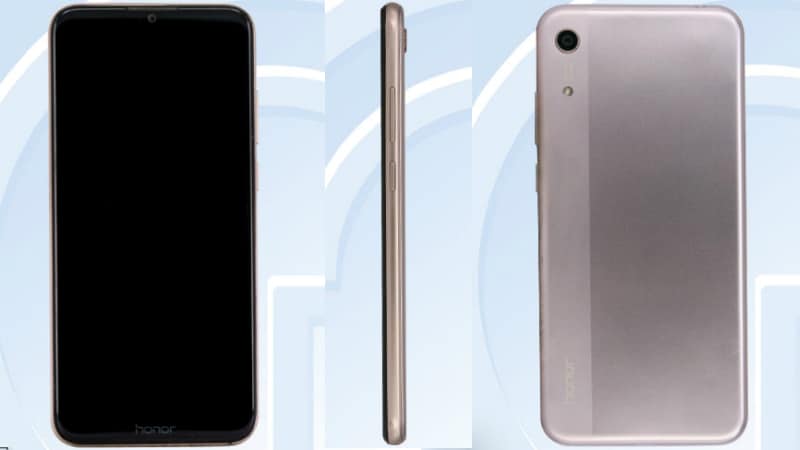 Huawei sub-brand Honor is apparently set to add a new model to its budget series. This new model is speculated to be the Honor 8A. While there isn’t any official confirmation around the ongoing development, the Honor 8A has reached China’s TENAA with model numbers JAT-AL00 and JAT-TL00. Separately, the Eurasian Economic Commission (EEC) has been spotted with model numbers JAT-L29 and JAT-LX1 that are likely to be the Honor 8A and Honor 8A Pro for the Russian and European markets. The TENAA listings of the new Honor model also feature images that suggest its design. The handset appears to be inspired by the Honor 8X₹ 14,999 and Honor 8X Max that both sported a quarter of their rear panel in off-colour accent. The smartphone is also speculated to be the Honor Play 8 instead of the Honor 8A.

Among other developments, the listings on the official TENAA site for the Honor JAT-AL00 and JAT-TL00suggest that the Android 9.0 Pie-based Honor 8A will feature a 6.08-inch HD+ (720×1560 pixels) LCD panel. The handset also listed with an octa-core 2.2GHz SoC, coupled with 3GB of RAM. Further, there is a mentioning of a 13-megapixel rear camera sensor along with an LED flash and an 8-megapixel front camera sensor.

For storing content, the Honor 8A is likely to have 32GB and 64GB storage options that both support expansion via microSD card (up to 512GB). There isn’t any fingerprint sensor, however, it is safe to presume that the smartphone will come with a Face Unlock feature.

The TENAA listings also confirm that the Honor 8A will come with a 2,920mAh battery and have Black, Blue, Gold, and Red colour options. Besides, the handset will measure 156.28×73.5x8mm and weigh 150 grams.

Coming towards the design, the images available on the TENAA site suggest the Honor 8A will have a back panel similar to the Honor 8X and Honor 8X Max. The smartphone also appears to have a 3.5mm headphone jack on top, while a volume rocker and a power/ lock button are featured on the right side.

As spotted by folks at GizChina, Russia’s EEC has listed the Honor 8A and Honor 8A Pro with model numbers JAT-L29 and JAT-LX1. The EEC listing doesn’t reveal any specifications or images of the new Honor models. As we mentioned, there is also some speculation the smartphone may be the Honor Play 8 instead of the Honor 8A.