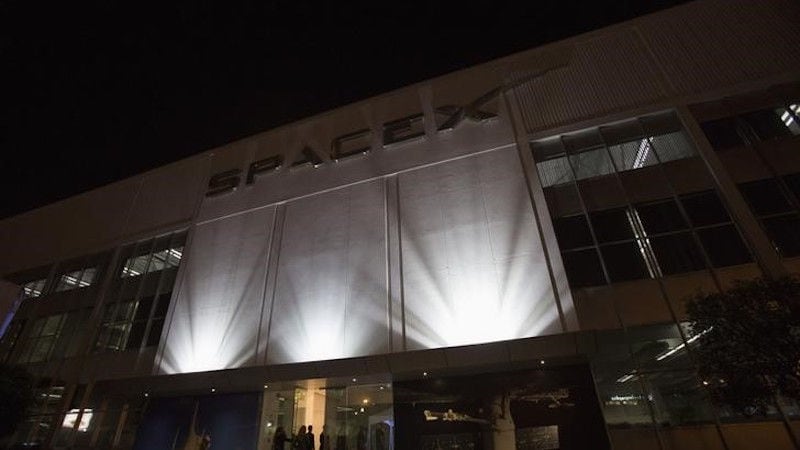 Federal regulators are allowing entrepreneur Elon Musk to use an expanded range of wireless airwaves for his plan to deliver cheap, high-speed Internet access – from space.

The decision Thursday by the Federal Communications Commission paves the way for SpaceX to build its full network of about 12,000 satellites intended to blanket the earth in wireless Internet access. Proponents say next-generation satellite Internet technology could help developing countries and rural areas connect to economic opportunities currently out of reach for them because they lack competitive Internet access.

“I’m excited to see what these services might promise and what these proposed constellations have to offer,” said FCC Chairman Ajit Pai. “Our approach to these applications reflects this commission’s fundamental approach to encourage the private sector to invest and to innovate and allow market forces to deliver value to American consumers.”

SpaceX’s Starlink programme launched its first test satellites in February. The FCC gave SpaceX approval the next month for its first 4,400 satellites. The company has an initial goal to deploy 1,600 satellites in the next few years, but it has said that it could take more than six years to complete the full network.

Satellite communications have been in use for decades. But Internet access through the technology is slow and expensive, largely because the satellites responsible for ferrying data to and from the ground orbit at great distances from the earth, increasing lag. SpaceX and its rivals are racing to field a new type of communications network. Instead of sending Internet traffic to just a handful of satellites in geosynchronous orbit, the companies hope to boost satellite Internet speeds by using many cheaper satellites that orbit closer to earth.

On Thursday, the FCC also approved hundreds of satellites from three other companies: Kepler, Telesatand Leosat. The pressure to be the first and strongest network is fierce: Last month, Musk reportedly fired a number of Starlink managers over the pace of their work.

The race by so many companies to build new satellite constellations has many policymakers concerned about proliferating space objects. NASA administrator Jim Bridenstine has repeatedly warned of the “growing threat” posed by orbital debris, and the US military now tracks more than 500,000 individual pieces of flying space junk.

The FCC on Thursday sought to weigh in on the issue itself by unveiling a proposal – its first such effort in a decade – that could introduce more rules to the satellite industry designed to limit orbital debris. The proposal considers whether changes to satellite designs are needed, as well as improvements in the way companies dispose of outdated satellites.

“My favorite example is an innocuous little screwdriver that slipped through an astronaut’s grasp and has been circling low Earth orbit at up to 21,600 miles per hour for the last 35 years,” said FCC Commissioner Jessica Rosenworcel. “At these speeds, even a common household item can wreak havoc.”