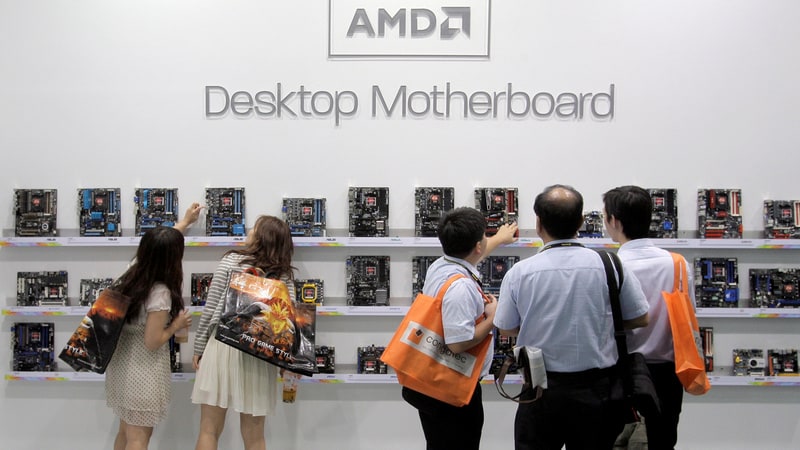 Advanced Micro Devices on Wednesday forecast fourth-quarter revenue below estimates as the chipmaker faces dwindling demand from cryptocurrency miners for its high-margin graphic processors and excess inventory, sending its shares down 22 percent.

AMD and Nvidia, its main rival in the gaming chip market, were the biggest beneficiaries of a cryptocurrency boom last year as miners invested in new networks to keep up with demand.

However, with cryptocurrency prices in free fall, mainly due to regulatory worries, demand for the chips have declined.

AMD said it now expects revenue of about $1.45 billion (roughly Rs. 10,600 crores), plus or minus $50 million, below analysts’ estimates of $1.6 billion, according to Refinitiv data.

The company said revenue from its graphics and computing business, which sells Ryzen desktop processors and Radeon graphics cards, rose 12 percent to $938 million in the third quarter.

AMD said strong sales of Ryzen chips were partially offset by lower revenue from its graphics business, where blockchain-related GPU sales were negligible.

Channel GPU sales came in lower than expected based on excess channel inventory levels, caused by the decline in blockchain-related demand that was so strong earlier in the year, she added.

Su said the graphics and computing segment underperformed expectations by $100 million in the quarter and added that inventory levels for its graphics products remain high and may take a couple quarters to return to normal levels.

“The miss was due to GPU. AMD had too high an exposure to the crypto-currency market. Additionally, they do not have a competitive line-up in the PC Gaming market,” Summit Insights Group analyst Kinngai Chan said.