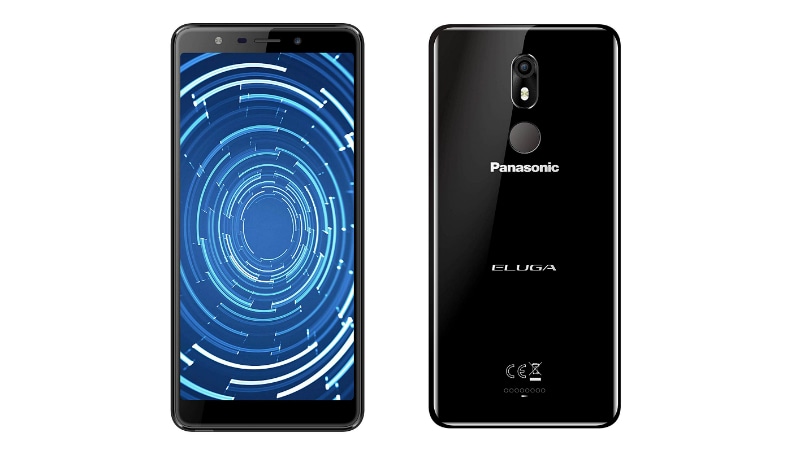 The Panasonic Eluga Ray 530 price in India has been set at Rs. 8,999. The smartphone comes in Black and Blue colour options and is already available for purchase through various online marketplaces, including Amazon.

The dual-SIM (Nano) Panasonic Eluga Ray 530 runs Android 8.0 Oreo and features a 5.7-inch HD+ (1440×720 pixels) ‘Big View’ display that has an 18:9 aspect ratio. The smartphone is powered by a quad-core SoC clocked at 1.3GHz, paired with 3GB of RAM. It has a 13-megapixel sensor at the back that has an autofocus lens and an LED flash. There are features such as Bokeh effect, Time-lapse, and Auto Scene Detection to support the rear sensor. On the front, the smartphone has a 5-megapixel sensor along with a selfie flash. The front camera sensor also enables a Face Unlock feature. Moreover, there is a multi-function FPS button that lets you capture a selfie with a single click.

Panasonic has given 32GB of internal storage on the Eluga Ray 530 that is expandable via microSD card (up to 128GB). In terms of connectivity, the smartphone offers 4G VoLTE, Wi-Fi 802.11 b/g/n, Bluetooth v4.1, GPS/ A-GPS, Micro-USB, 3.5mm headphone jack, and FM radio. Onboard sensors include an accelerometer, ambient light, fingerprint sensor, and a proximity sensor. Besides, the smartphone packs a 3,000mAh battery and measures 152.4×72.18×8.3mm.

“Created through a confluence of technology and innovation, the Eluga Ray 530 is a performance powerhouse that offers exceptional features such as high definition display, stylish looks, and the AI — Arbo Hub — our one-stop app to make life easier,” said Pankaj Rana, Business Head — Mobility Division, Panasonic India, in a press statement. “The Eluga Ray 530 hosts an entire gamut of features to our consumers at an affordable price range.”