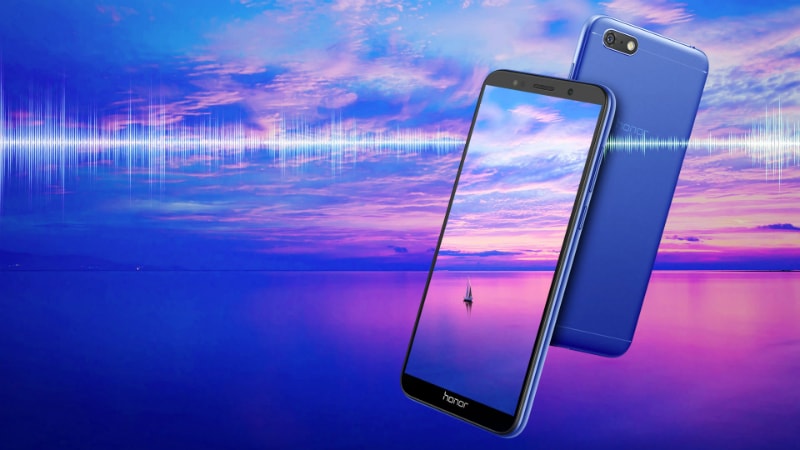 Huawei’s sub-brand Honor is set to launch its Honor 7S budget smartphone in the first week of September that would be available on Flipkart, IANS reports. To recall, the smartphone had been launched in Pakistan back in May this year.

“The smartphone will feature a 13-megapixel primary camera and a 5-megapixel front snapper with selfie toning flash,” industry sources told IANS on Thursday. The smartphone can be considered a lower-spec variant of the Honor Play 7, featuring a lower-resolution front camera sensor compared to the 24-megapixel offering on the Honor Play 7 that was also launched in May itself.

In China, the dual-SIM (Nano) Honor 7S runs Android 8.1 Oreo out-of-the-box, and sports a 5.45-inch HD+ (720×1440 pixels) FullView display. It is powered by a quad-core MediaTek MT6739 SoC, paired with 2GB of RAM and 16GB of inbuilt storage. Storage is expandable up to 256GB (via microSD). There is a 3020mAh battery under the hood with smart management capabilities.

In terms of optics, the phone bears a 13-megapixel rear camera sensor with PDAF and LED flash. On the front, the phone gets a 5-megapixel sensor. The Honor 7S comes with an eye protection mode that applies a blue light filter to the display making it easier to read. Apart from that, Honor also advertises a louder earpiece for clearer voice calls.