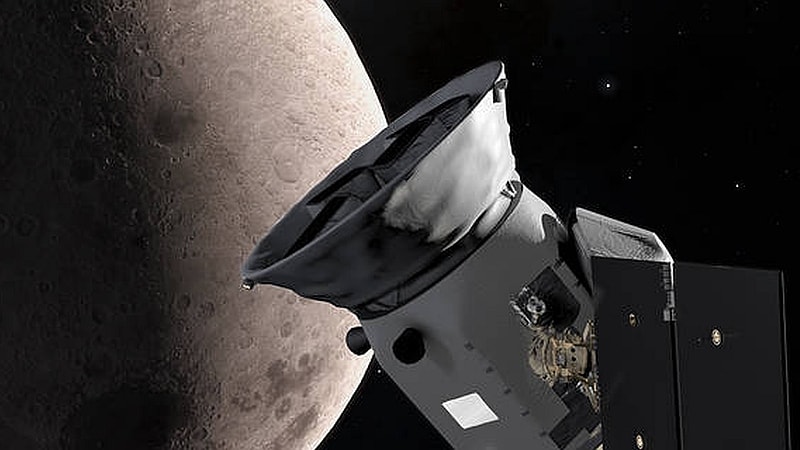 On a mission to find thousands of new planets, NASA’snext planet hunter, the Transiting Exoplanet Survey Satellite (TESS), has successfully completed a lunar flyby, bringing the satellite a step closer to searching for new worlds, NASA has said.

The spacecraft passed about 8,000 kilometers from the Moon on Thursday, which provided a gravity assist that helped TESS sail toward its final working orbit, the US space agency said on Friday.

As part of camera commissioning, the science team snapped a two-second test exposure using one of the four TESS cameras.

The image, centreed on the southern constellation Centaurus, reveals more than 200,000 stars.

“I’m excited to share the first image from one of the four cameras aboard TESS, our new planet-hunting satellite! You’re looking at more than 200,000 stars in this remarkable image,” NASA Administrator Jim Bridenstine said in a tweet.

Launched from Cape Canaveral Air Force Station in Florida on April 18, TESS is the next step in NASA’s search for planets outside our solar system, known as exoplanets.

TESS is expected to cover more than 400 times as much sky as shown in the test image with its four cameras during its initial two-year search for exoplanets.

A science-quality image, also referred to as a “first light” image, is expected to be released in June, NASA added.

The spacecraft will undergo one final thruster burn on May 30 to enter its science orbit around Earth.

TESS is expected to begin science operations in mid-June after reaching this orbit and completing camera calibrations, NASA said.