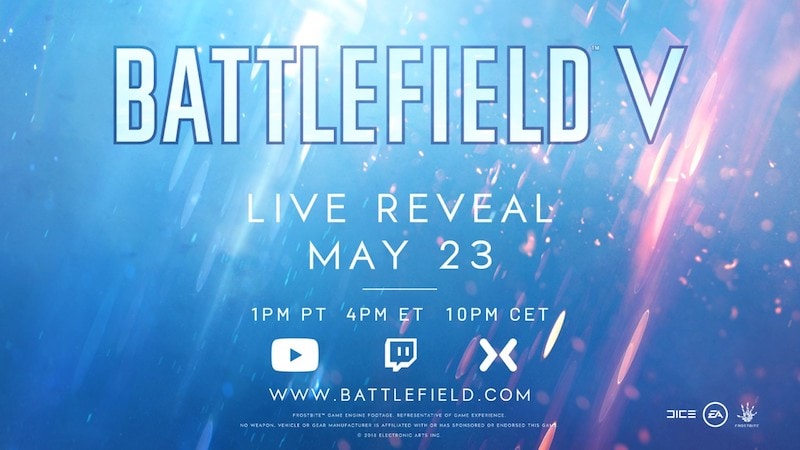 With the Battlefield V live reveal date slated for May 23, it seems that more information around the game has trickled out as we get closer to the official announcement. A trailer present on EA’s YouTube channel and shared by the official Battlefield Twitter account confirms a World War 2 setting for the game. Furthermore, the game’s cover art has been leaked on Reddit that also suggests the same with the presence of an M1911 pistol and an M1A1 Carbine, two weapons used in World War 2. The difference between the trailer tweeted by the official Battlefield account and the one on EA’s YouTube channel is the presence of an Xbox logo at the very start of the former. This indicates that EA has partnered with Microsoft for the game’s marketing.

What this means is, all footage of the game at EA’s E3 2018 event and at the official Battlefield V reveal as well as all pre-release videos could show off gameplay exclusively on the Xbox One family of consoles, most likely the Xbox One X. What this also means is, we could see some form of exclusivity, timed or otherwise to Microsoft’s consoles. The Xbox logo confirms what we suspected when it was announced that the Battlefield V live reveal would take place on Mixer, Microsoft’s competitor to Twitch.

Previously EA stated that Battlefield V would have a single-player campaign, unlike Call of Duty: Black Ops 4 which does not.

“With our next Battlefield game, the team at Dice is bringing the intensity of combat to life in new and unexpected ways,” said EA CEO Andrew Wilson. “Every battle is unique, and every mode brings its own challenges – from the way you interact with the environment around you, to compelling single-player stories, to the next level of large-scale multiplayer that spans across multiple maps and modes.

“This will be a deep and fully-featured shooter and ongoing service that will evolve with major new experiences for our community, beginning right from launch. This new game will advance the state of the art for the franchise, while still delivering the signature gameplay and Battlefield moments that have captivated and grown our global community.”

It is quite possible that Wilson is teasing a battle royale mode for the game with the term “next level of large-scale multiplayer” and each battle being “unique”.