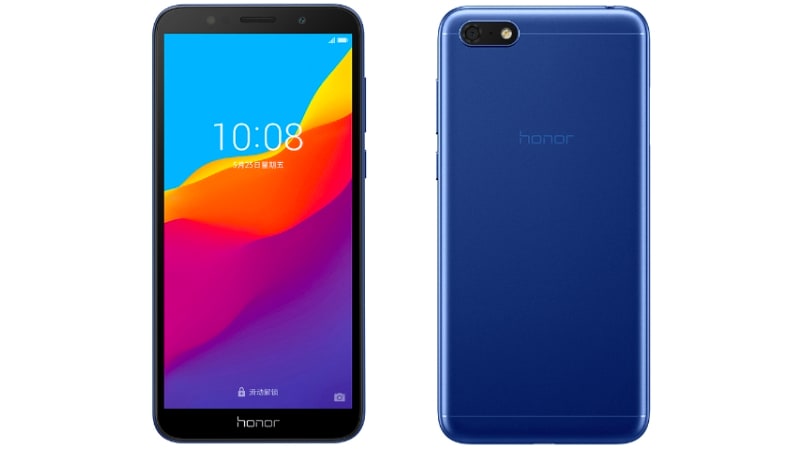 Honor Play 7, the company’s latest budget smartphone, has gone official in China. Key highlights of the phone include an 18:9 display, a 24-megapixel selfie camera, and a 3020mAh battery. Priced at CNY 599 (roughly Rs. 6,400) in the country, the Honor Play 7 is currently available for purchase in Black, Gold, and Blue colour variants via VMall. There is no update on Indian availability and pricing. The Honor 7A and Honor 7C are set to be unveiled in India next week, exclusively via Flipkart.

In the camera department, the Honor Play 7 bears a single 13-megapixel CMOS sensor with dual-tone LED flash, PDAF, autofocus, and 4x digital zoom. On the front, the smartphone gets a 24-megapixel sensor with an f/2.0 aperture, soft light LED flash, and beautymode for selfies and video calling. There is 16GB inbuilt storage in the handset, expandable up to 256GB (via microSD). It has a 3020mAh battery powering the internals from under the hood.

As for connectivity options, the Honor Play 7 gets 4G LTE, Wi-Fi 802.11 b/g/n with hotspot, Bluetooth 4.2 with LE, GLONASS, GPS, micro-USB, and a 3.5mm headphone jack. Sensors onboard include accelerometer, ambient light sensor, and proximity sensor. There is no fingerprint sensor or face recognition on the smartphone. Dimensions of the Honor Play 7 are 146.5×70.9×8.3mm and weight is 142 grams.

As for features, the Honor Play 7 comes with an eye protection mode that applies a blue light filter on the display. The phone also gets smart volume control capabilities, three-finger screenshot, and double tap to wake up screen.