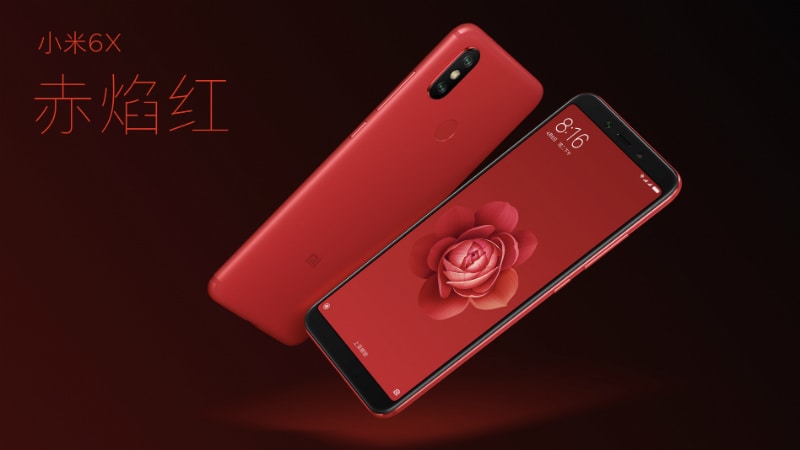 The Mi 6X smartphone has been launched by Xiaomi at an event at Wuhan University, the alma mater of CEO Lei Jun. The new Mi 6X smartphone, which is expected to be launched as the Mi A2 with stock Android UI in India, has a familiar design, AI integration in the camera, and Android 8.1 Oreo-based custom skin. The handset is widely expected to be unveiled as the Mi A2 in the Indian market soon, now that the Mi A1 has gone out of stock in the country. The Mi 6X/ Mi A2 is also the second smartphone by the company to come pre-installed with the new Xiao AI. 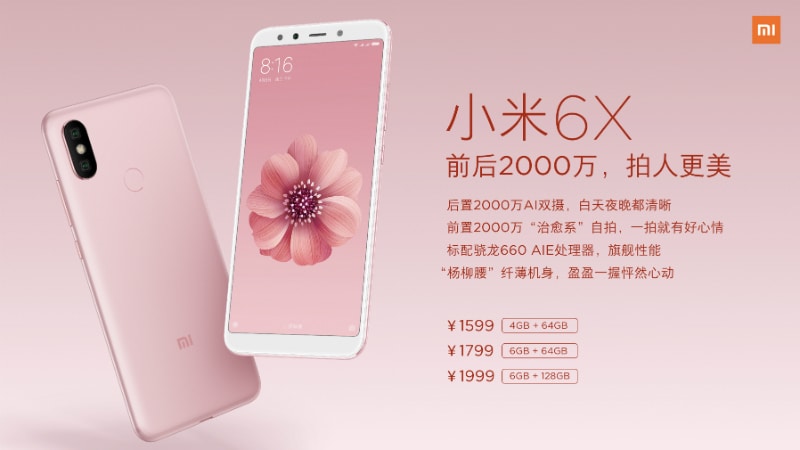 The new Xiaomi Mi 6X has a 5.99-inch display with 18:9 aspect ratio and narrow bezels on the sides, and looks quite similar to the Redmi Note 5 Pro. The dual-SIM smartphone will run MIUI 9.5 software, based on Android 8.1 Oreo, and is powered by the octa-core Snapdragon 660 SoC (four 2.2GHz Kyro 260 cores + four 1.8GHz Kyro 260 cores) and Adreno 512 GPU. As mentioned above, it will come with up to 6GB LPDDR4x dual channel RAM and up to 128GB internal storage options.

The highlight of the smartphone are the cameras, which feature AI integration for improved photos. The Mi 6X/ Mi A2 selfie camera has a 20-megapixel Sony IMX376 sensor with f/1.75 aperture and fixed focal length, and soft-LED flash. On the back is a dual camera setup with 12-megapixel primary Sony IMX486 sensor with f/1.75 aperture and 1.25-micron pixels, and a 20-megapixel secondary Sony IMX376 sensor with the same aperture but 1-micron pixel size. The rear camera setup is accompanied by phase-detection autofocus and dual-tone LED flash.

On both the back and front, there is AI Scene Recognition for better colours in the photos, as well as portrait mode. Other AI-based features in the phone include AI Background Bokeh, AI Smart Beauty 4.0, AI currency conversion, etc. The Mi 6X also has AI-powered translation, and can convert text from Chinese languages to English, French, German, Spanish, Japanese, Korean and Indian languages. The handset also supports Face Unlock functionality, along with the fingerprint sensor on the back.

Battery capacity of the handset is 3010mAh, with support for QuickCharge 3.0 that allows it to go from nil to 50 percent in 30 minutes. Connectivity options on the Mi 6X/ Mi A2 are 4G LTE, dual-band Wi-Fi a/b/g/n/ac, Wi-Fi Direct, Miracast, Bluetooth 5.0, IR emitter, USB Type-C port; however, there is no 3.5mm earphone jack this time. Sensors on board include accelerometer, ambient light sensor, gyroscope, proximity sensor. It has an all-metal body, dual speakers on the bottom, and comes in five colour options — Red, Gold, Rose Gold, Blue, and Black. The smartphone measures 158.7×75.4×7.3mm in thickness and weighs 168 grams.